Nowadays, we take electric garage door openers for granted. We consider them an integral part of our garage – not even joking about turning back to manually-operated garage doors. No wonder we all want openers that support battery backup systems today. Even if a power outage lasts for an hour, we want to operate the garage door automatically.

And there’s more to it than we care to admit. You see, today all branded openers are certified for having certain safety features. Today, we have options among openers, drives, motors, remote clickers, and keypads and hardly know how lucky we are. So, let me take you back in history, when all this began and how things evolved, always thanks to some people’s persistence and to technology. Forget about the automatic garage door openers for a minute. 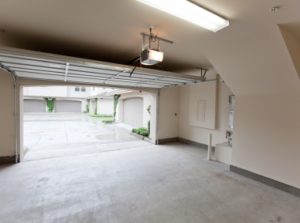 Let’s get back in the year of 1926. It was just around this time when automobiles were becoming broadly used and it was only a few years after C.G. Johnson had invented the first overhead garage door. Now it was the time to invest in something more revolutionary: the first electric overhead garage door opener. An invention that set the grounds for one of the most convenient components of the garage.

And it was then and there when evolution, the greatest breakthrough in the residential garage door world, began. Naturally, the first openers were very simple. At first, they were operated only from inside the garage. Then, they thought why not try to find a way to open the overhead door from outside? And it wasn’t long later when they wondered why don’t they create a controller that will allow them to open the garage door from the car! And so, step by step, the first transmitter and receiver were born. And then, the first garage door remote was invented too.

From the simple garage door remote to rolling technology

While the idea was that of Johnson from Indiana, it was the Chicago-based Era Meter Company that actually promoted the first electric opener along with a keypad mount in and out of the garage.

At the same time, garage doors were developing too. At that point, they realized that the overhead door works like an elevator. The overhead door needed the power of the motor to move automatically but it was too heavy. Its balance had to be offset with the garage door springs and the cables. And so, evolution takes one more step forward.

Now, the mechanism of the transmitter and the receiver worked through a fixed frequency – an idea born during WWII, and although it was an innovative idea at that time, it soon revealed its flaw.

By clicking the garage door remote control, the owner of a certain house didn’t just open his overhead door but also that of a neighbor. That was due to the fixed frequency and so, they started using a multi-code system, which soon proved to be a security concern too since intruders found how to break such codes and the burglaries increased. And then, a new technology was introduced to the industry. That of the rolling technology. 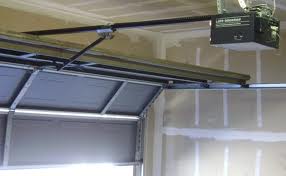 With the rolling technology, the security problems stopped and eventually novel features – like locks, were added. And while security concerns seemed to had been addressed, safety became the number one problem. The garage door became bigger and its heavy weight along with the free-of-safety-features-opener made it a killer. Many accidents occurred until 1993 when the U.S. Consumer Product and Safety Commission passed a law according to which all openers had to have safety sensors – photo eyes and a reversing system.

From one single idea to WiFi smart garage door openers

Today, we use smart garage door openers. We have smartphones and use them instead of a remote. Most openers run with DC motors and integrate several security and safety features. Johnson could never have imagined that a century later, his invention would not only be a norm but would work with WiFi too. Who knows what the future will bring!